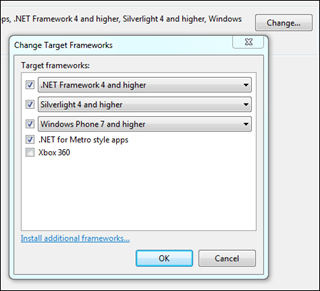 Json.NET now has a Portable Class Library build that can be found in the /Bin/Portable directory from the zip download on CodePlex. The portable build targets the absolute basics (.NET 4.0, SL4, WP7, Metro) and so hopefully should run on just about everything.

Json.NET now detects types that have the SerializableAttribute and serializes all the fields on that type, both public and private, and ignores the properties. This is useful when you’re interested in round-tripping the data on a type and don’t care what the JSON looks like.

If you are serializing types that have the attribute and don’t want the new behaviour, it can either be overridden on a type using the JsonObjectAttribute or disabled globally by setting IgnoreSerializableAttribute on DefaultContractResolver to true.

Interesting bug fixes this release include correctly reading JSON from slow streams (e.g. a network stream that is only returning one character at a time), fixing invalid Unicode surrogate characters, and ignoring property order when comparing two JObjects (JavaScript objects aren’t ordered and so could come back serialized in a different order).

In the Json.NET 4.5 release post I added a note about strong naming and assembly version numbers that is worth expanding on.

The problem is a combination of factors: Json.NET is strong named, has frequent releases, the assembly version number changes with each release and many different libraries reference Json.NET.

NuGet does its best to solve the issue of different assemblies referencing different versions by automatically inserting binding redirects for you, but having to rely on a tool to fix up problems is sub-optimal.

The .NET framework is doing something similar with .NET 4.5, replacing 4.0 assemblies with new files using the same version number.

The Metro UI color scheme looks complex and hard to code for at first but Json.NET has everything under control with its advanced automatic Metro Color Enhancement Suite™.

Now my Metro application will fit right in!

The application now looks right but there is someone off about the content. Don’t fear, Json.NET’s Metro Integration automatically upgrades your existing content to be Windows 8 ready.

Are these words? I can barely even read this!

Json.NET Metro Integration will be included in the next release but until then an upgrade kit has been put together. Begin building tomorrow’s next generation UIs today!